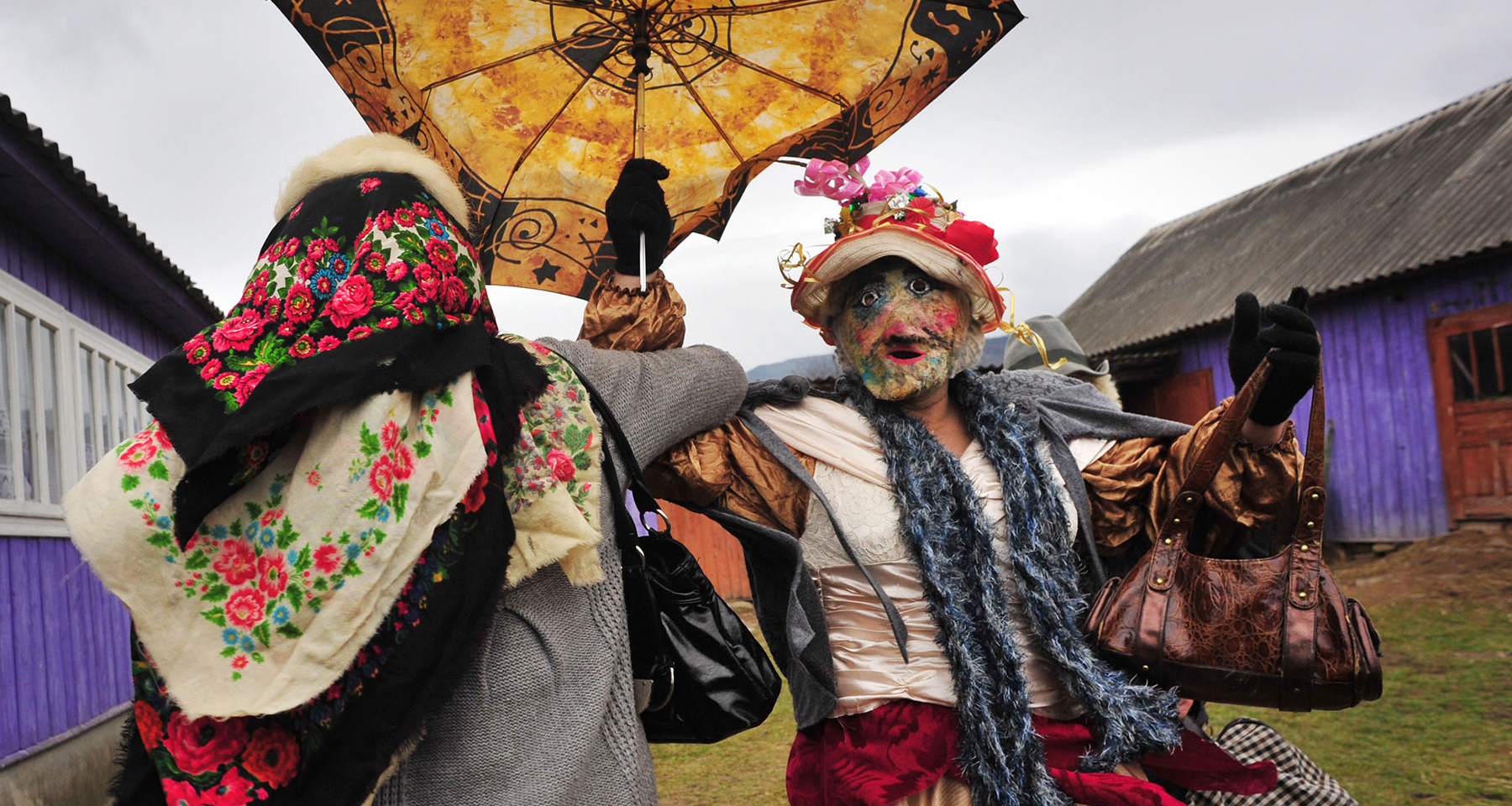 The photographs were taken in Kosmach – very old hutsul village in Western part of Ukraine, in Carpathian mountains, where the ancient traditions are carefully kept and have a big impact on the people life. Melanka is a folk holiday celebrated on January 13th, which is New Year’s Eve in accordance to the Julian calendar. Every year the villagers await and do preparations to the holiday – create masks, make costumes. Traditional masks in Kosmach are made from animal skin.
‍
Participants of the holiday wearing costumes and masks walk from house to house – from morning till evening, they play traditional scenes and sing songs. There are several special personages in this action: “old man” and “old woman”, “Melanka” and “Vasyl” (or “bride” and “groom”), “gypsy”, “jew”, “gendarme”, “drunkard”, “bear” and many “devils”. Usually all roles are played by men.
‍
I had been visiting Kosmach on Melanka holiday during several years. First time I was amazed and impressed and just followed the people. Later looking at the pictures I took I became very curious: who are under the masks? Usually men keep this secret (even from other participants) till the end of the holiday.
‍
Next year in Melanka day I started to make portraits of the participants. I asked them to take off masks. Some people agreed, other – not. All the portraits were made just in Melanka holiday during several years. I followed people from house to house and asked them to stop for a moment. Colorful natural backgrounds in the village such as walls, doors, wooden elements further emphasize connection between people and the place where they live.

Click on the slider to see the hero without the mask 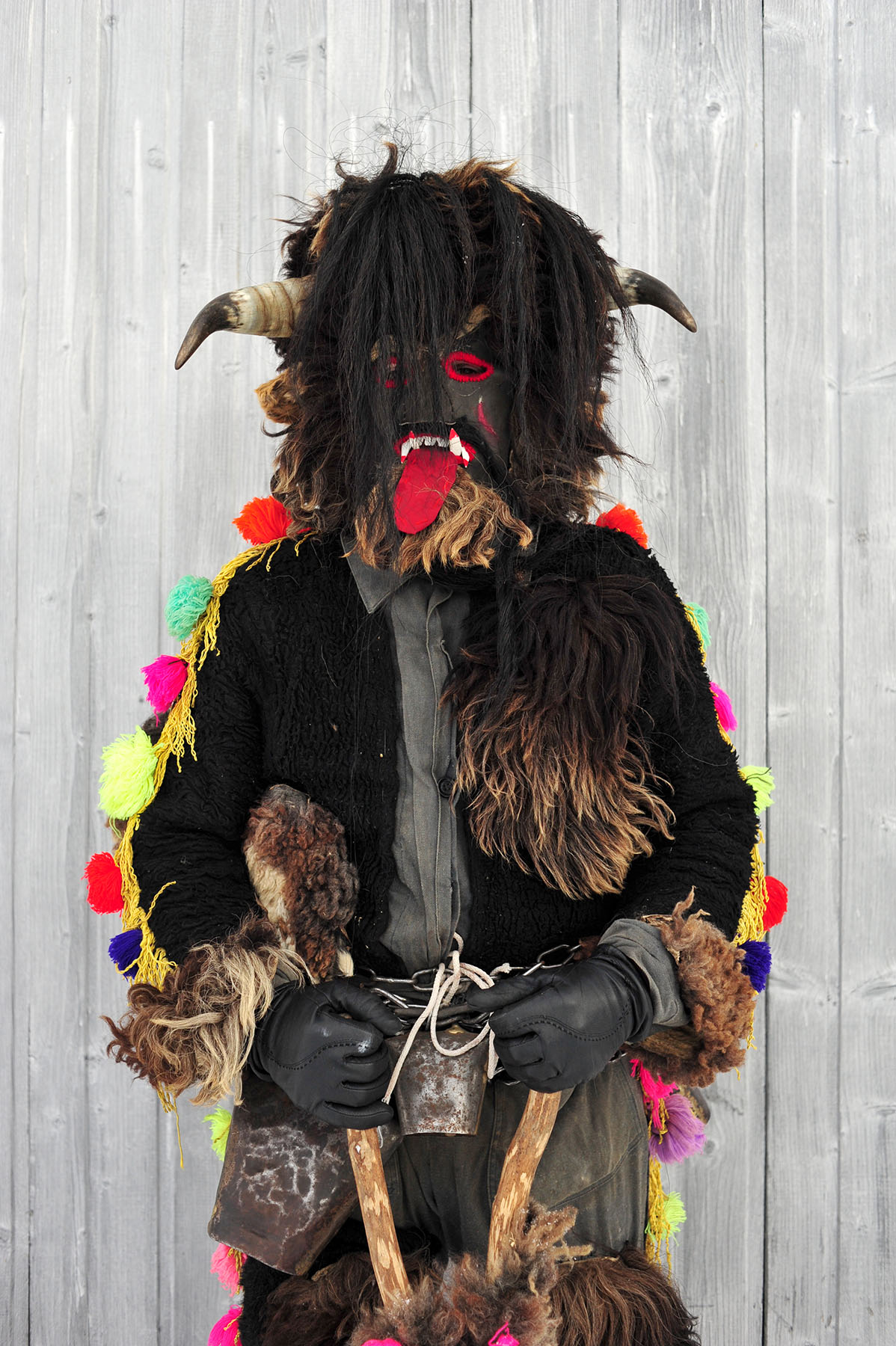 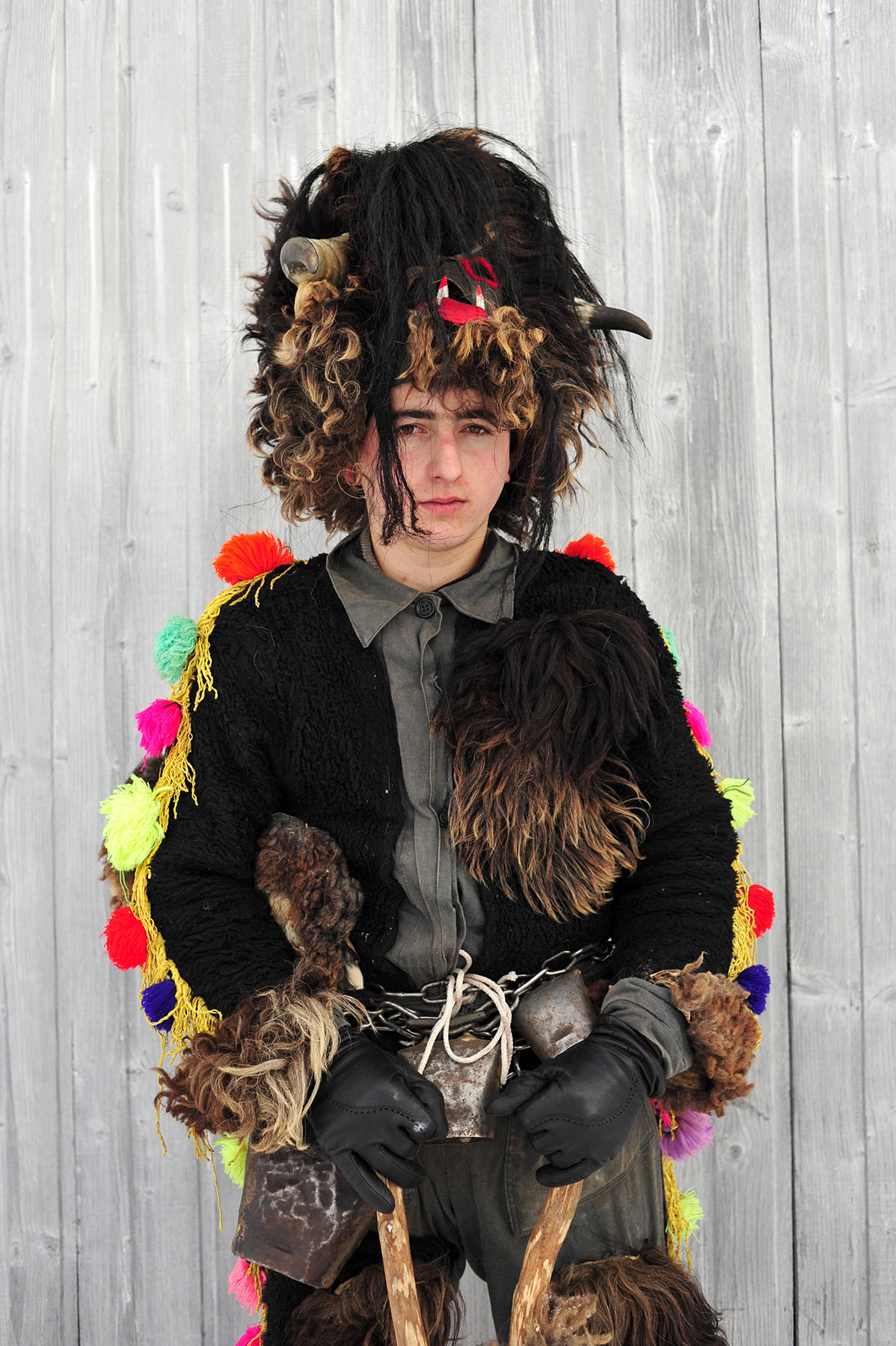 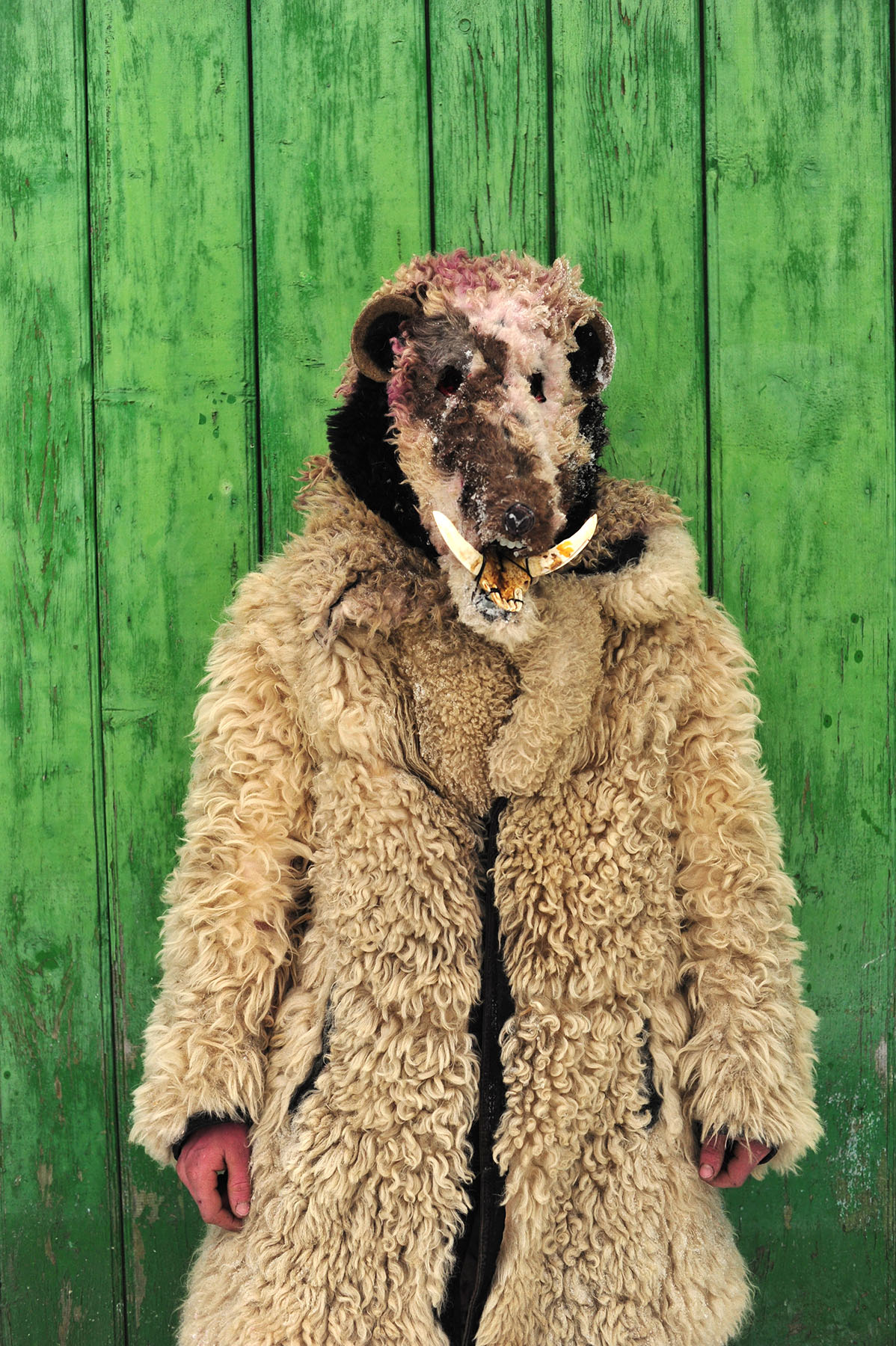 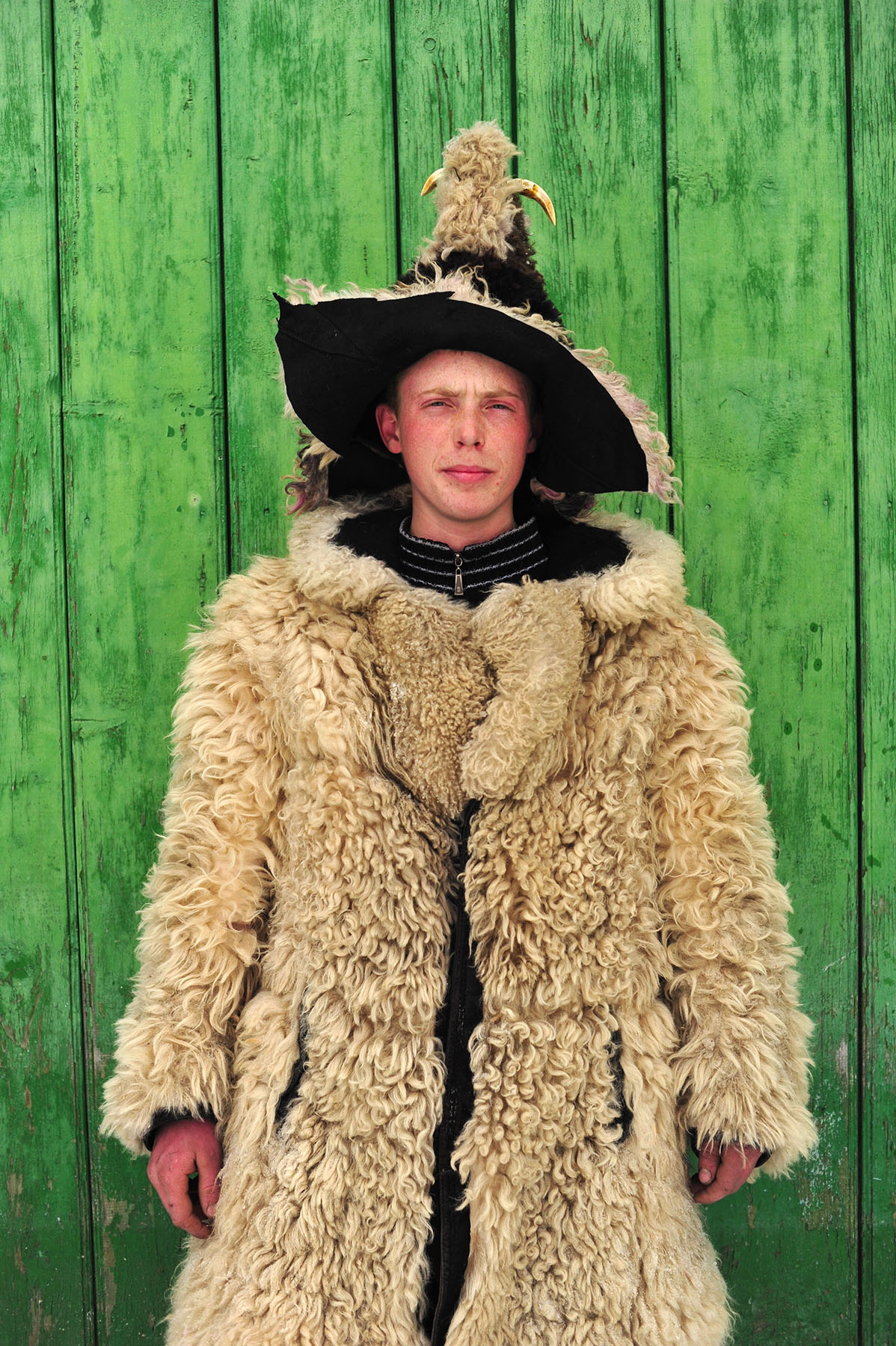 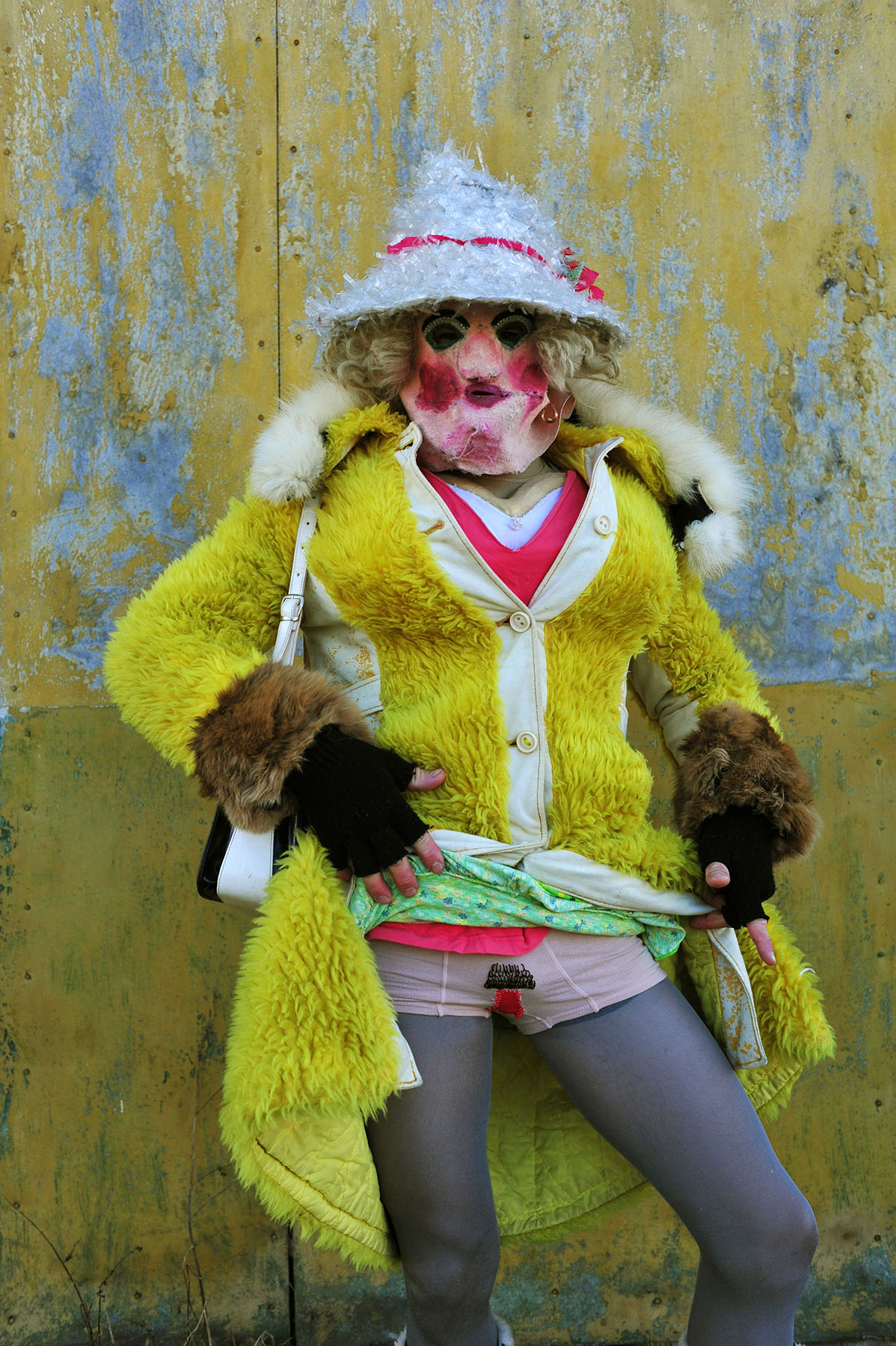 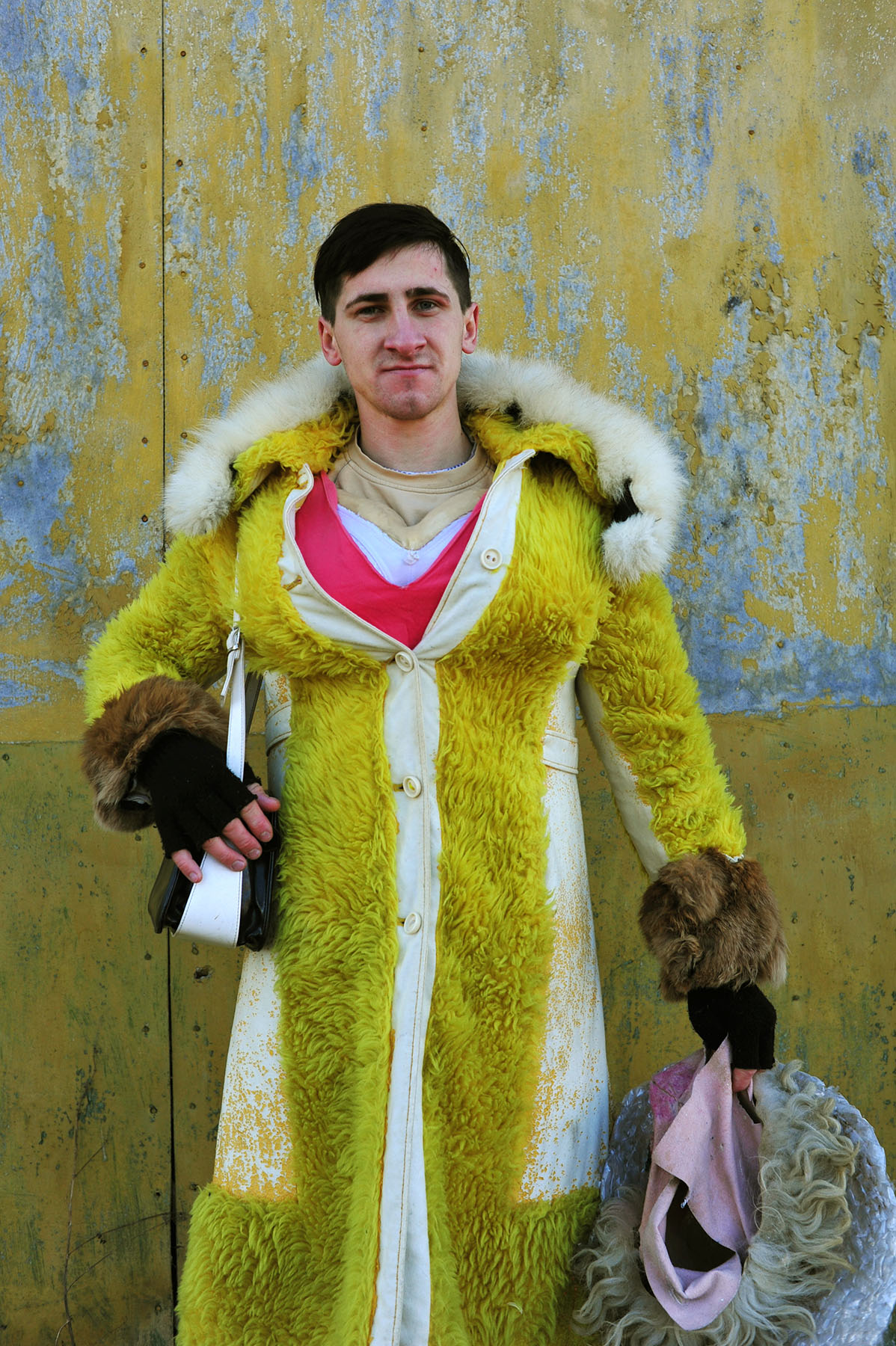 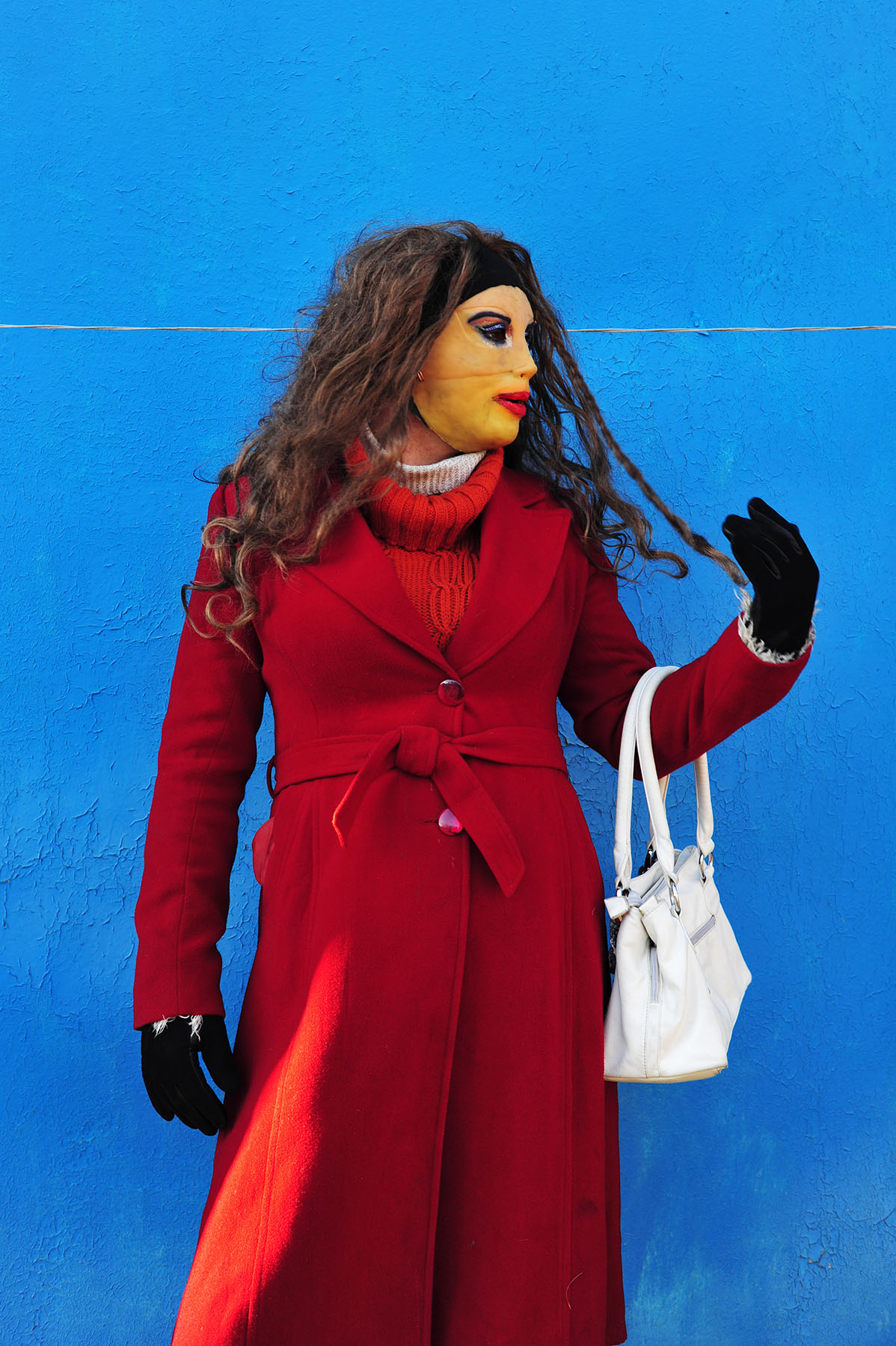 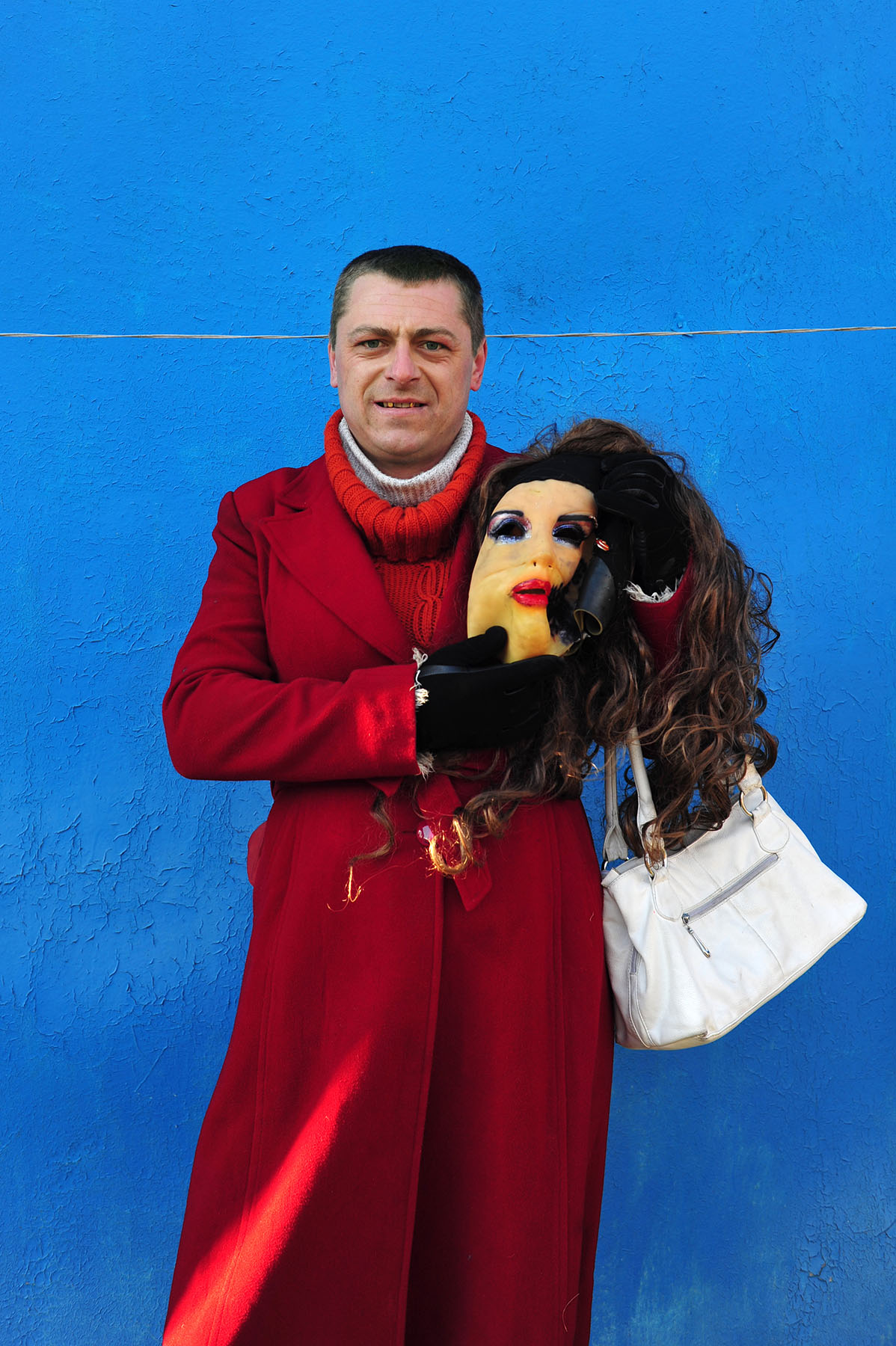 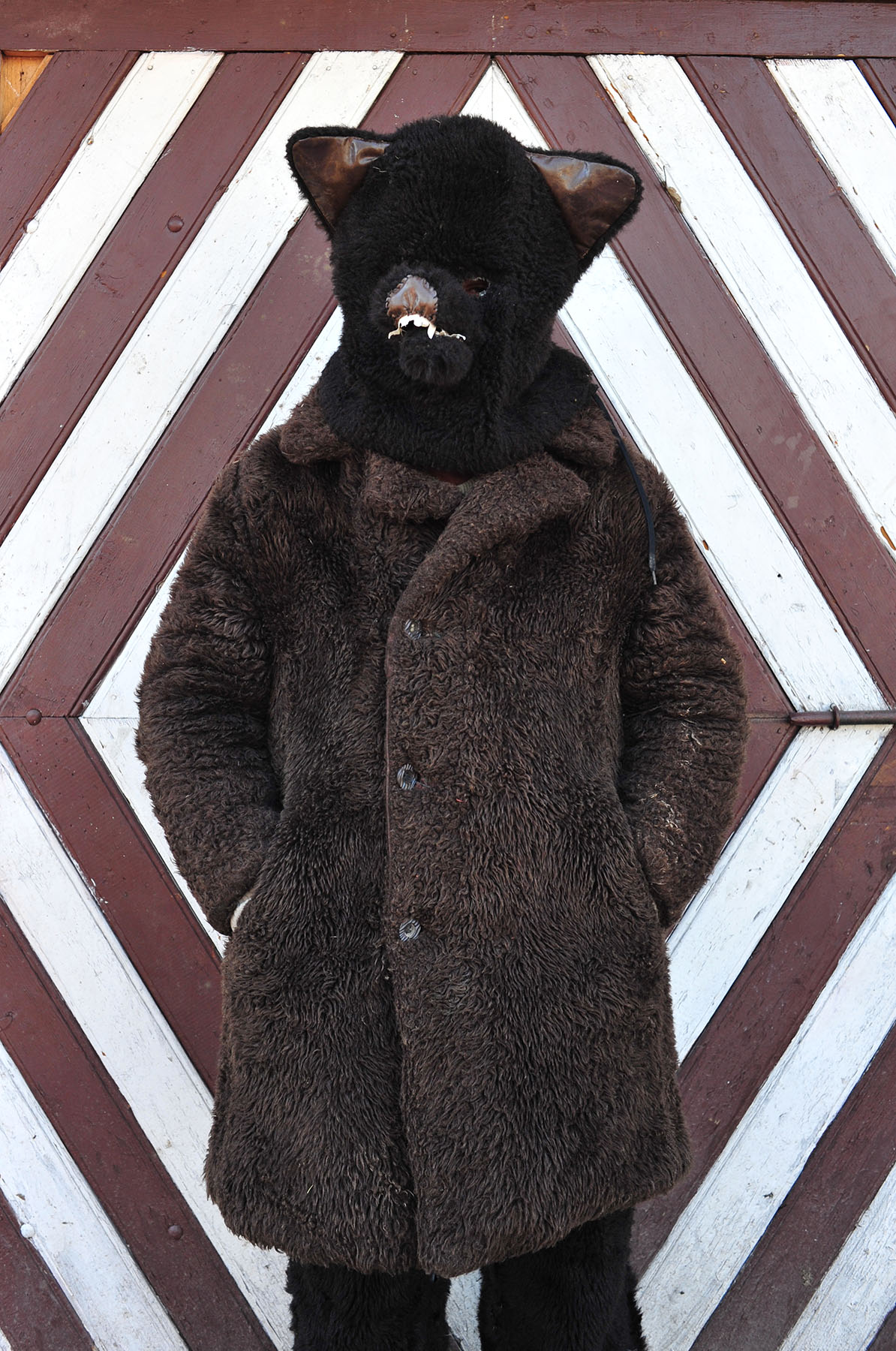 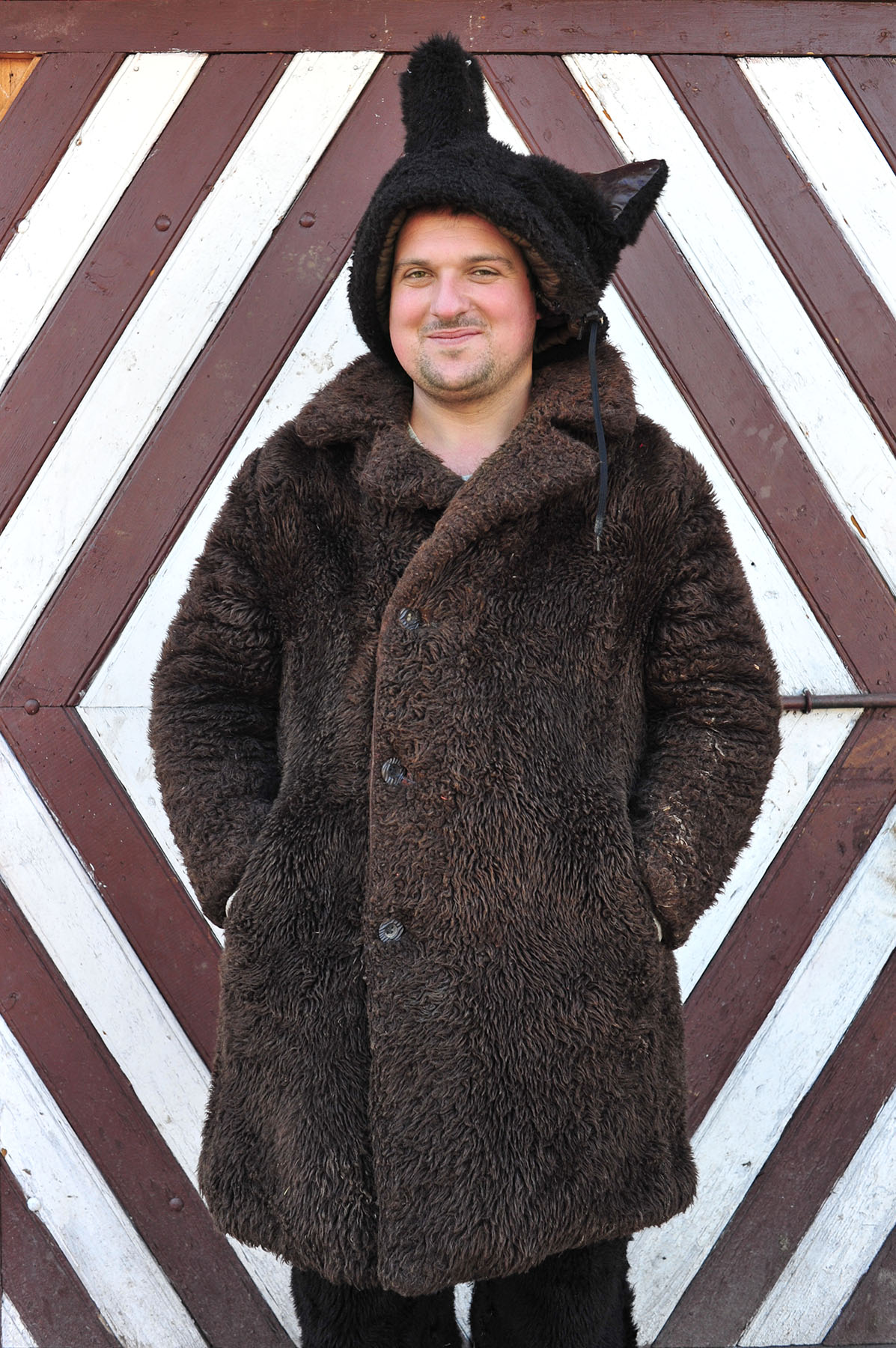 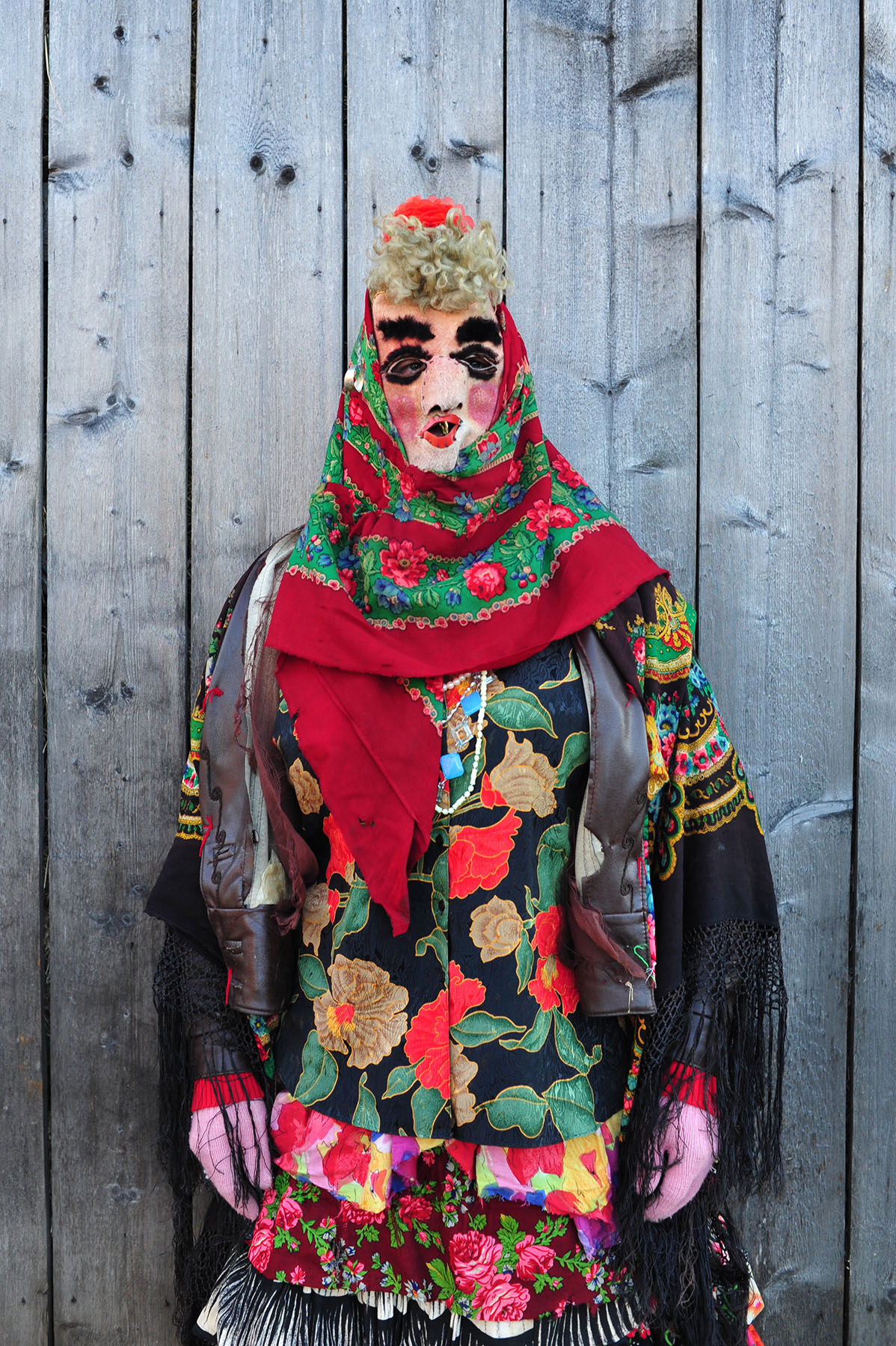 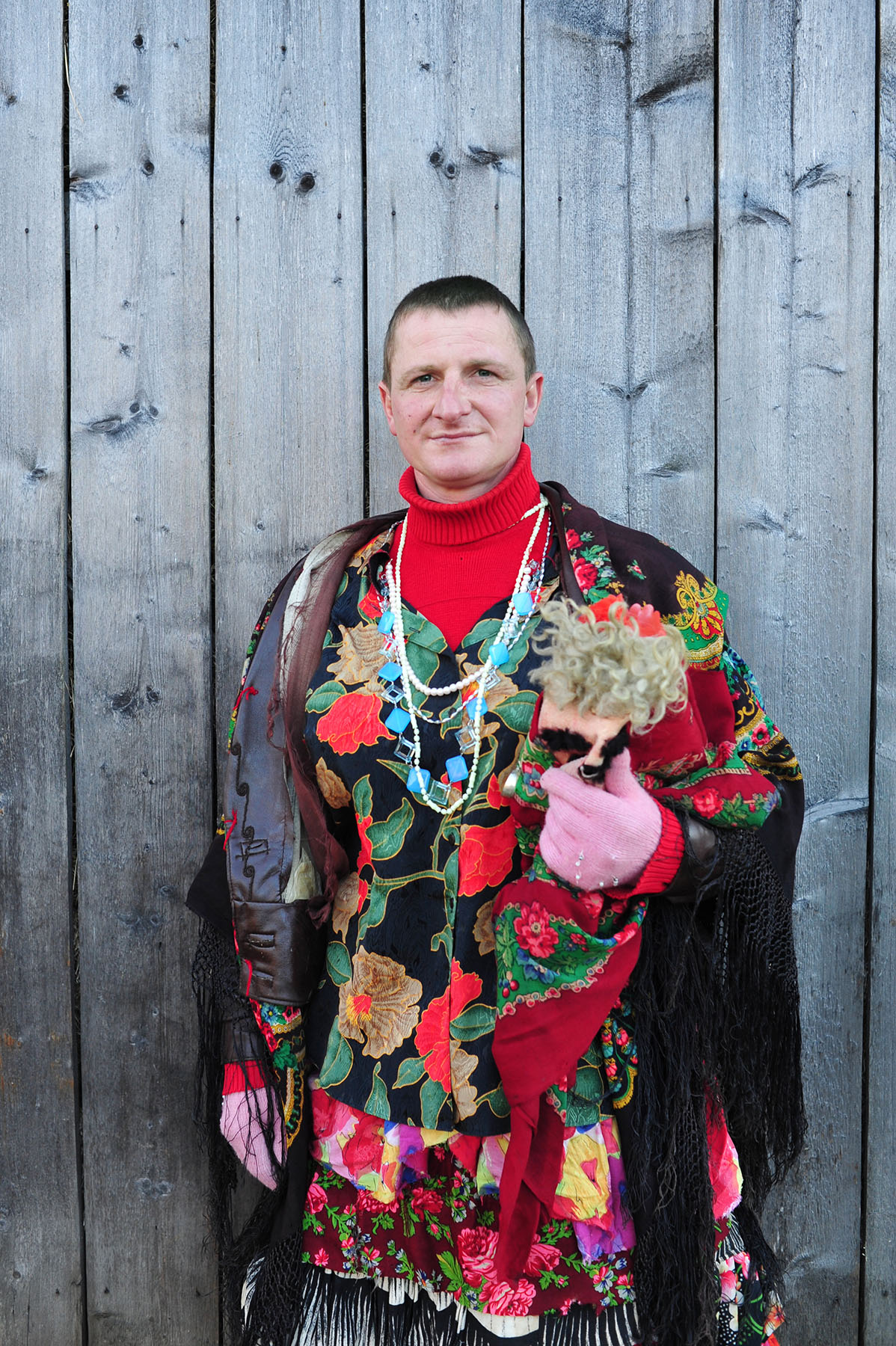 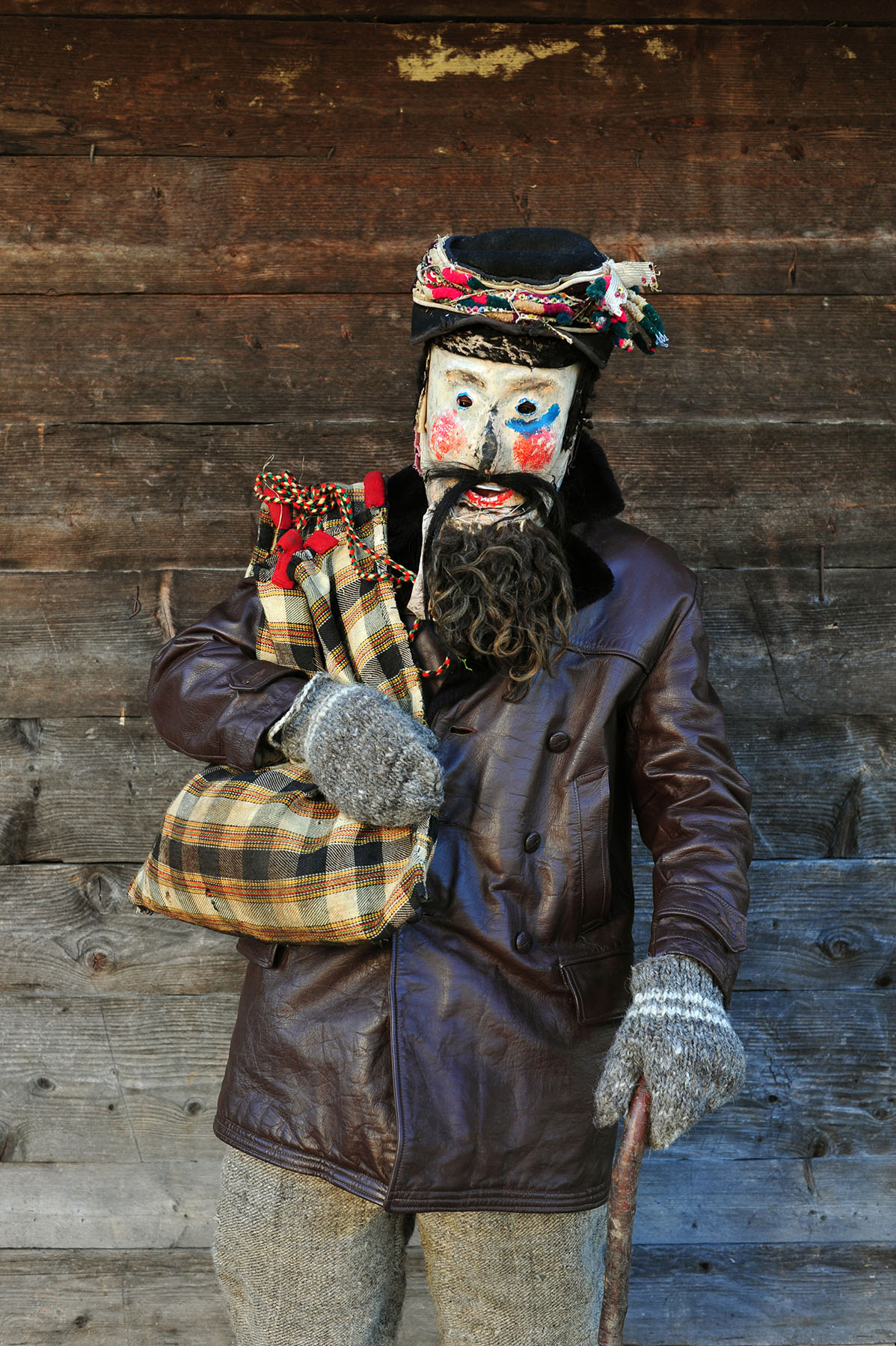 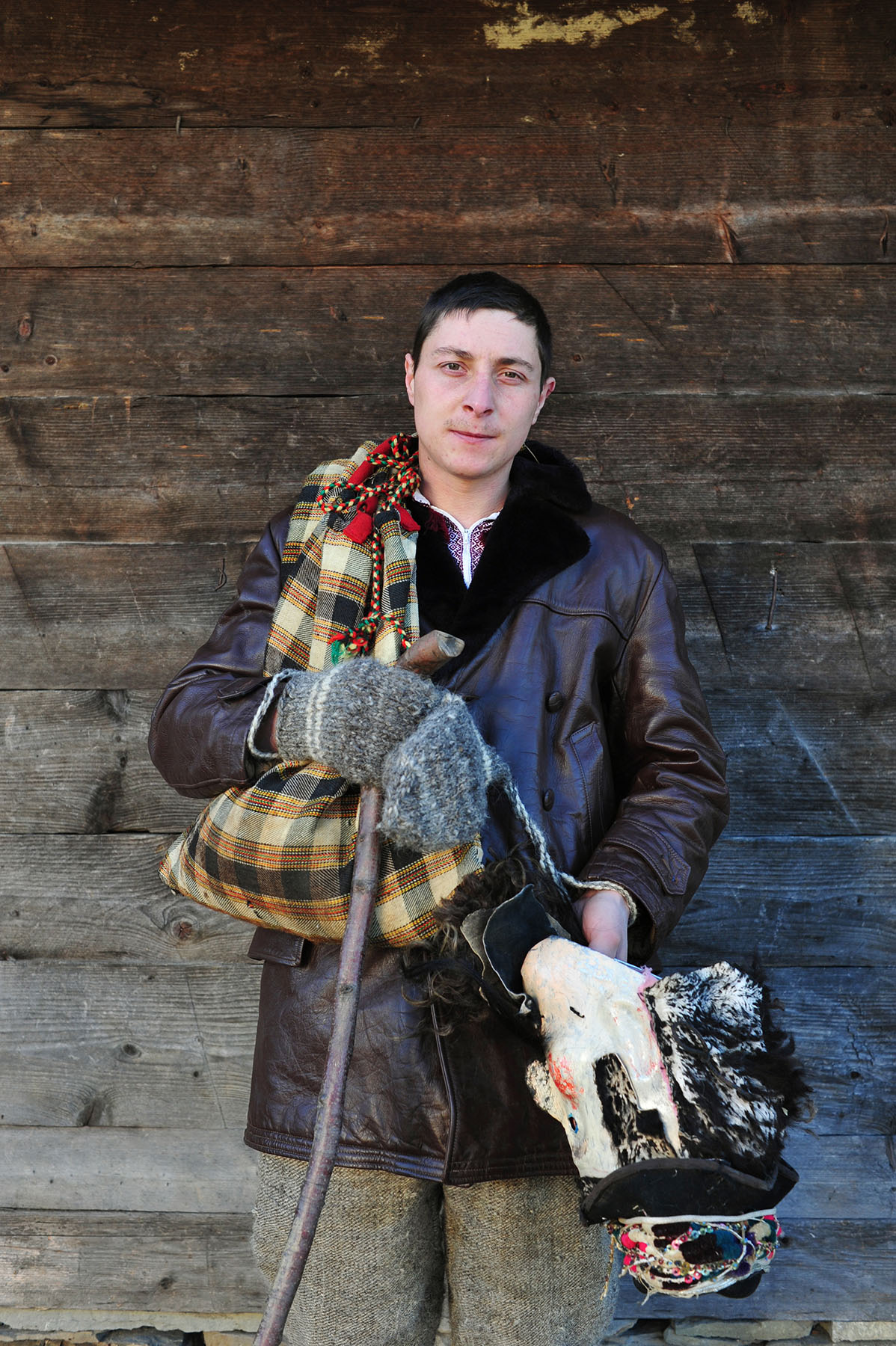 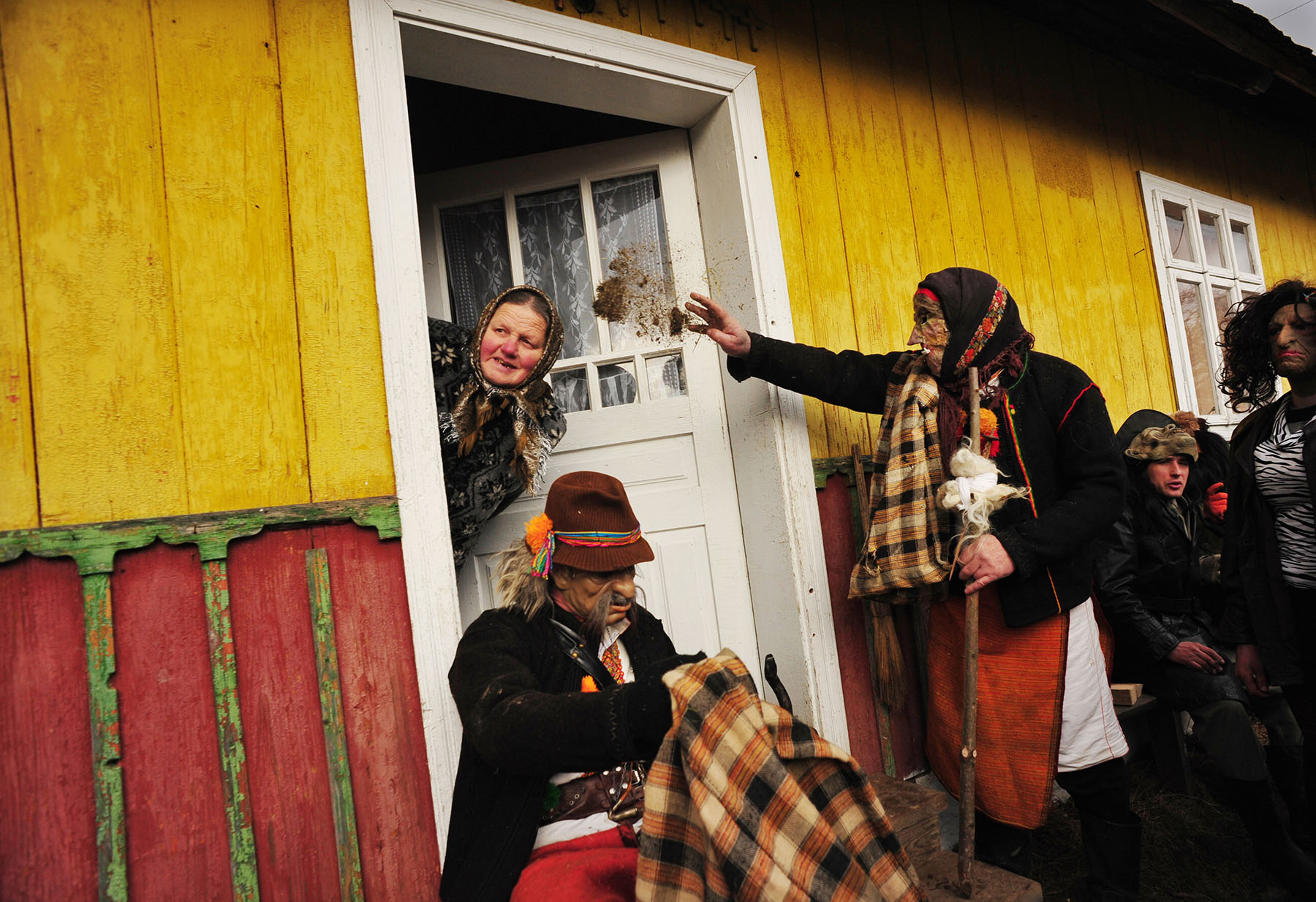 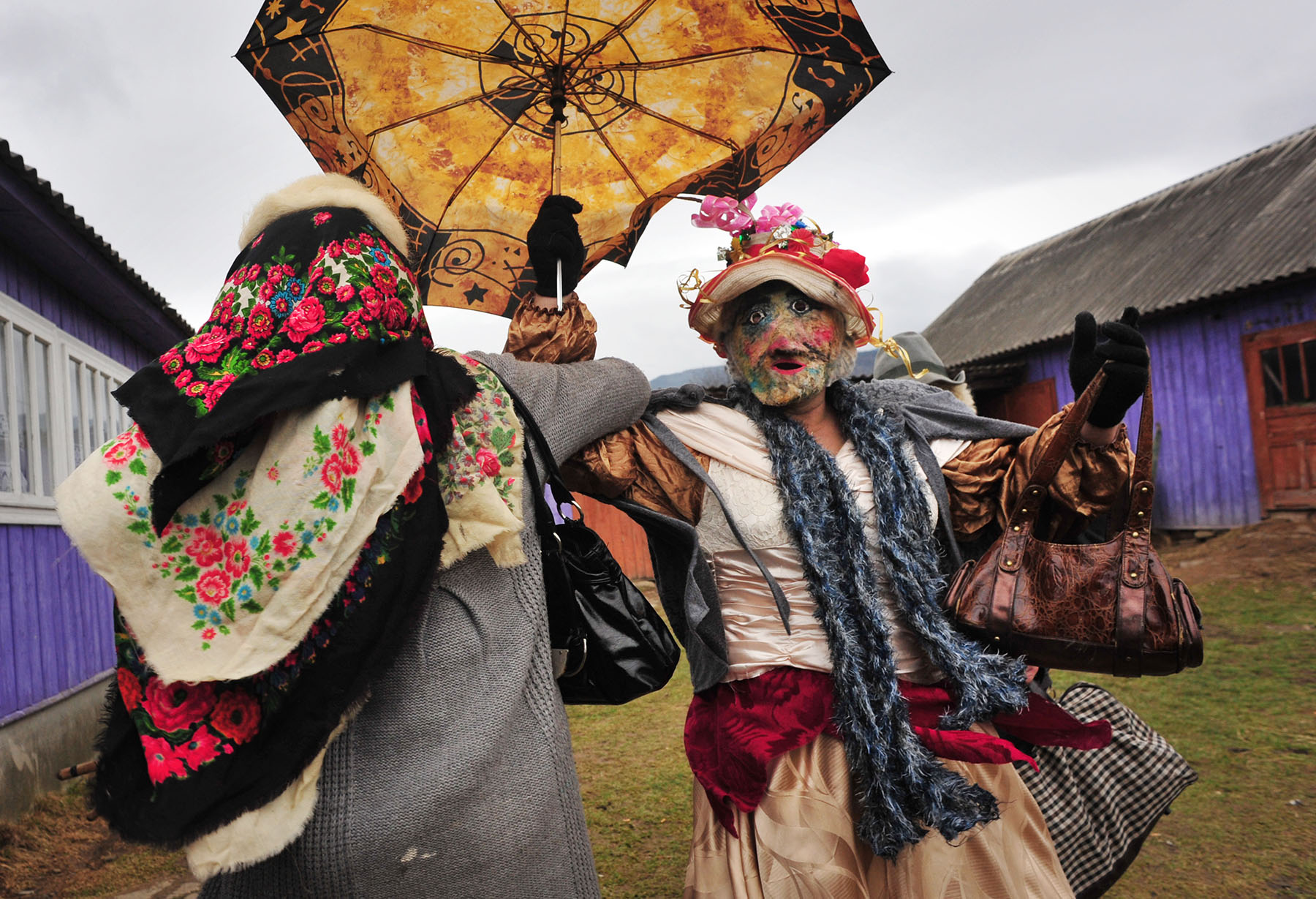 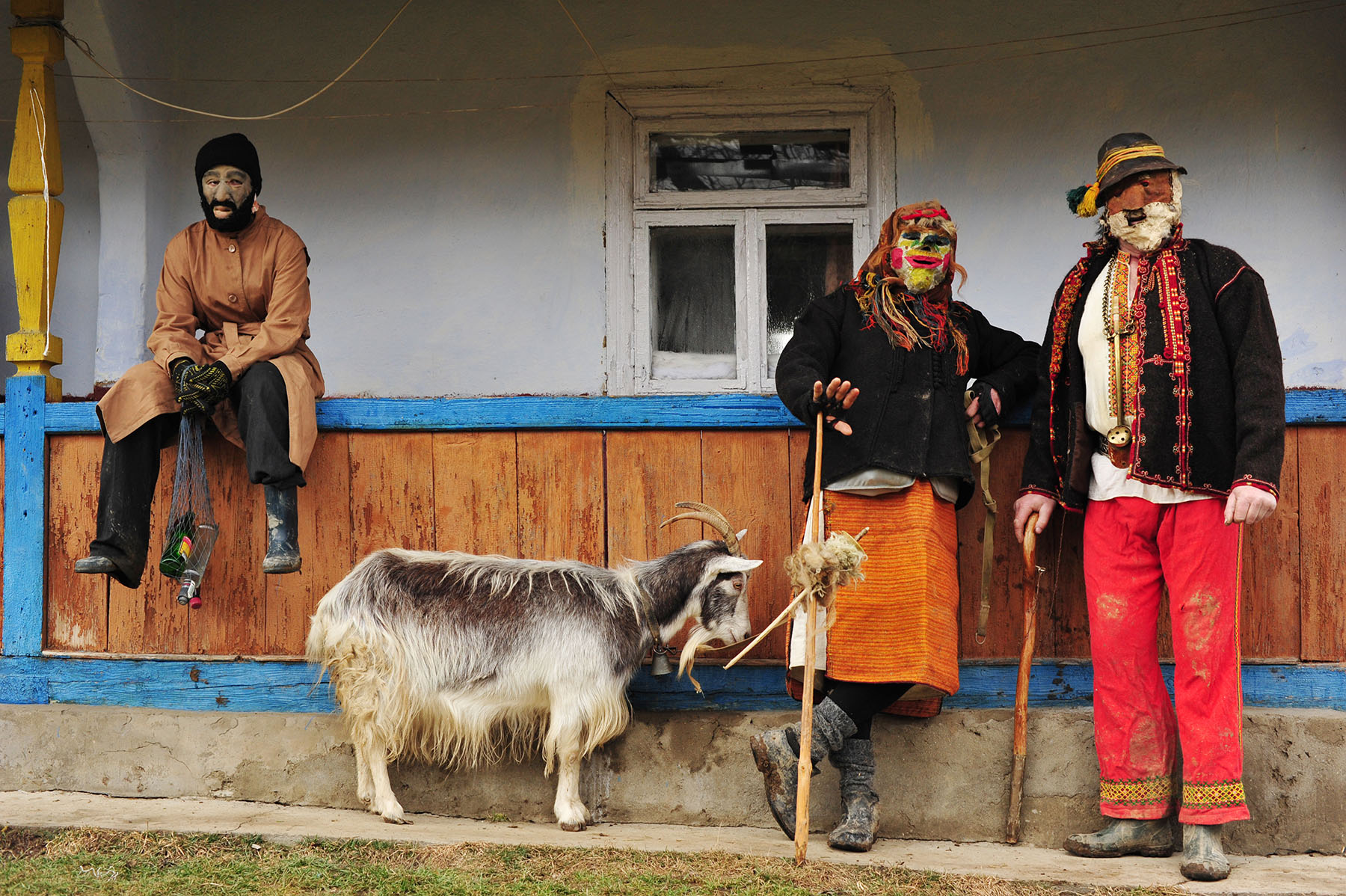